Canterbury Cantata Trust was established as a Registered Charity (no. 1163197) in 2015. Its charitable objects are as follows:

To advance the education and training of amateur singers of all abilities by offering an opportunity for anyone to sing with others without an audition or former experience of choral singing, in particular but not exclusively for those with a disability to help relieve their condition. To advance the health and well-being of the public by participating in research and education in singing and musical activities, in particular but not exclusively for younger people and those with a disability or long-term illness. To promote, sustain and increase the personal development and skills of individual musicians and their performances of music and other cultural and educational activities in order to make music more accessible to the public. To promote social inclusion for the public benefit by preventing people from becoming socially excluded, relieving need amongst those who are socially excluded and assisting them to integrate into society. For the purposes of this article socially excluded means being excluded from society or parts of society, as a result of one or more of the following factors: youth or old age; physical or mental ill health; substance abuse or dependency including alcohol or drugs; discrimination on the grounds of sex, race, disability, ethnic origin, religion, belief, creed, sexual orientation or gender re-assignment; poor educational or skills attainment; relationship or family breakdown; poverty; homelessness.

Full details of the people involved in running the charity, including our trustees, artistic director and patrons can be found here.

Our full set of filed and published accounts and other key information can be viewed on our Charity Commission page. 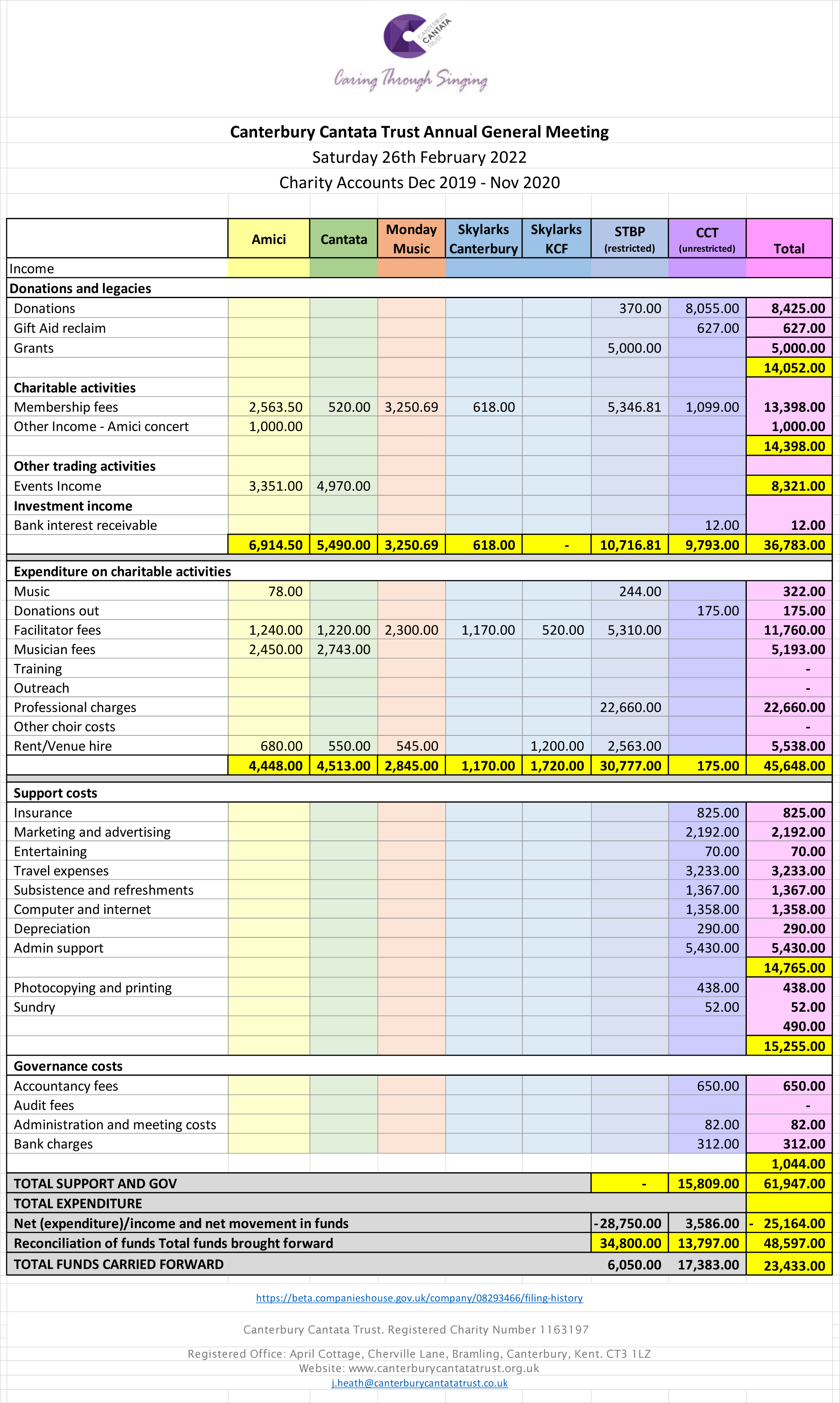 Read the full minutes by clicking the button below.

Read the full minutes by clicking the button below.

Canterbury Cantata Trust Registered in England and Wales
Company No. 8293466 (Limited by Guarantee)
Registered Charity No. 1163197.